By Gabriela GerhartDecember 12, 2018No Comments Life After the NICU

My daughters, Katie and Lauren were born at 30 weeks after a string of medical complications. After having a normal and healthy pregnancy with my first daughter Abby, I was heartbroken when I realized I would not be taking my girls home right away. The day I was discharged from the hospital was one of the hardest days of my life. There were no flowers or welcome baby balloons and my arms were empty as I was wheeled out of the hospital. My daughters stayed in the NICU engulfed in a plexiglass incubator surrounded by wires and tubes. As the weeks passed by they overcame different obstacles and their weight steadily climbed ounce by ounce. Though each day it became harder and harder to leave the NICU without them. They learned to suck, swallow, and breathe and passed the final test: the car seat test. After 38 days, the long-awaited day had arrived. Our NICU healthcare team had become like family, and when it was time to be discharged a wave of anxiety rushed over me. How would we care for these two tiny babies without the built-in support of our NICU healthcare team?

My family spent the first six months in isolation for fear of respiratory infection—our only outings were doctors appointments and specialists. The NICU stay had been difficult, there was no question about it but I began to notice that all of the mental, emotional and physical trauma both from the pregnancy and NICU had built up and was now beginning to take a toll on my health and family. I was exhausted and overwhelmed and needed time to heal.

In my experience as a NICU Mom and a Parent Advisor in the NICU, I saw firsthand that there were ample resources and support for families currently in the NICU but none once the babies were discharged and the families went home. Families are left on their own to care for their medically fragile child, attend multiple doctors appointments a week, some children have subsequent surgeries, dealing with insurance companies, extreme medical bills, career, marriage, and other children. It’s a lot! The idea of Life After the NICU came from a conversation with Gabriela Gerhart, Founder of the Motherhood Center. She shared that an increasing number of her families were experiencing challenges with life during and after the NICU. And then it occurred to me, let’s partner up and create a community for these families navigating Life After the NICU. Life After the NICU will be launching in early 2019. It will be held once a month in person at the Motherhood Center and virtually online.

Topics covered will include: 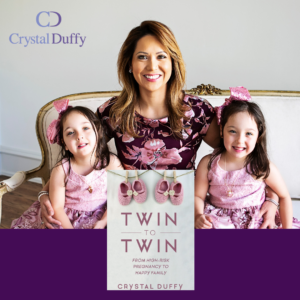